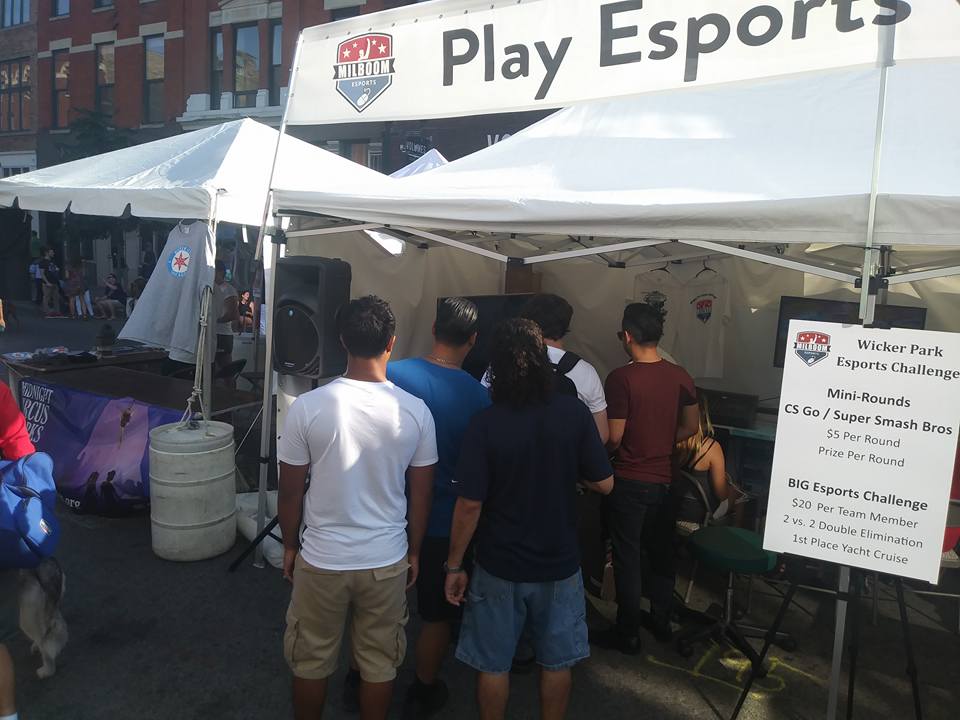 During the summer of 2017, MiLBooM found itself with options on a given weekend. We chose the Wicker Park Fest over the Taste of Lincoln both massive street festivals in Chicago averaging over 150,000+ attendees. We chose Wicker Park Fest because of their significant 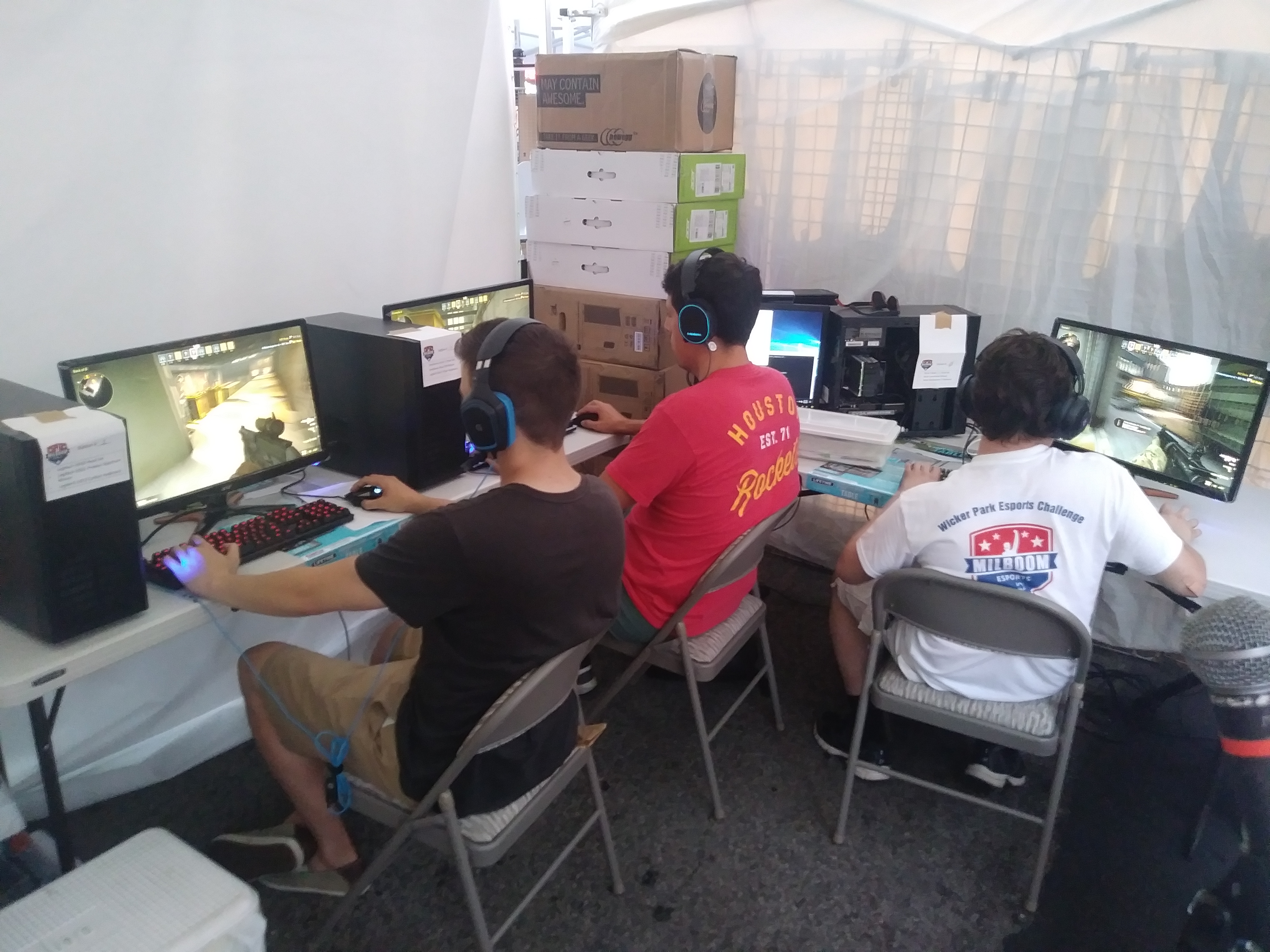 Millennial based community. We were a member of the Wicker Park Chamber as well.

We executed a “proof of concept” under a 10′ x 20′ without video streaming. We asked for a street entrance fearing our activity would impede the flow of traffic during the event, but we were offered a good main isle location. We set-up (6) PCs and hosted a Counter-Strike:Global Offensive game on Saturday, and added two big screens with Super Smash Bros and Mariokart8 for Sunday. Saturday we learned many things and generated many new friends, but CS:GO although popular online didn’t have as much appeal in this particular festival setting. Sunday we learned just the opposite. We ran competition at a rate of $5 per person with 4 competing in single rounds, winner takes home a t-shirt. Not only did we award over 175 t-shirts 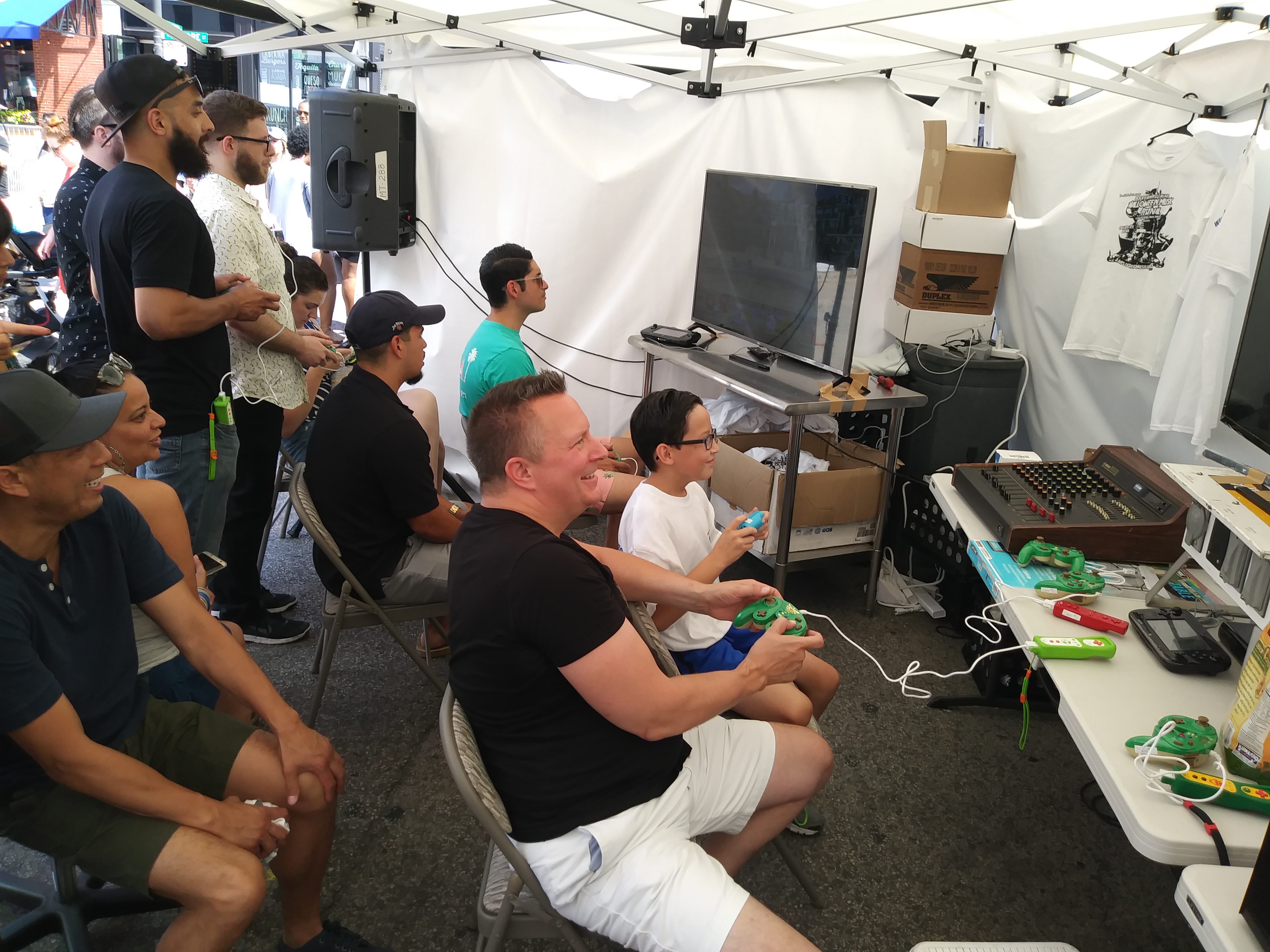 that day, but our competitions stopped the flow of festival attendee traffic with a huge 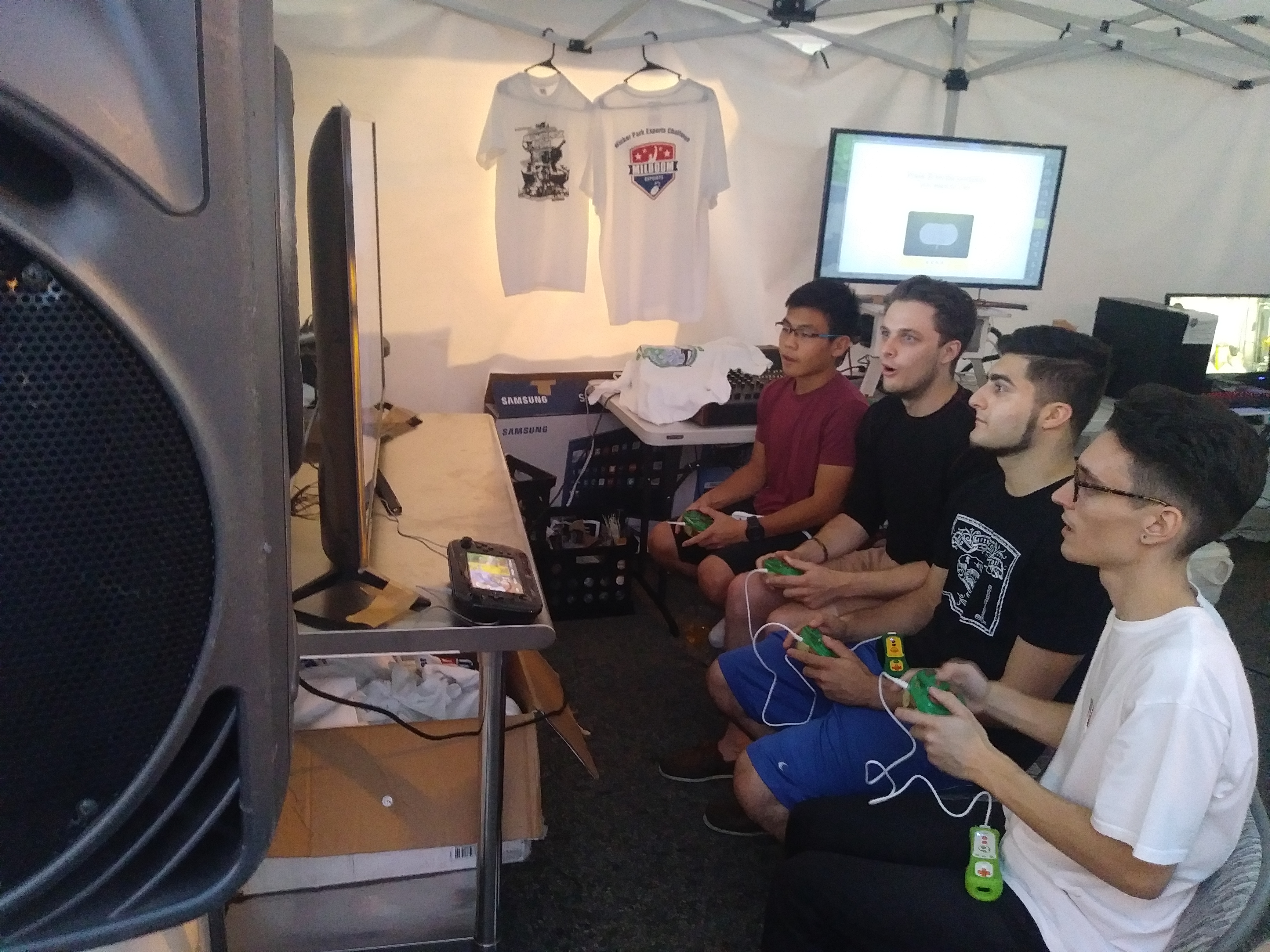 volume of attendees who came to simply watch the action on the big screens. By increasing the number and variety of games that measure increased both the number of participants as well as the number of attendees who preferred to watch competition for enjoyment. Competitors shared that the award was worthy of their investment to compete. Watchers followed their friends who were competing or they happened upon our space and stopped to watch the gaming. That turned out to be very good intelligence information to gather. We noticed a more diverse population participated Sunday as well a broader range in age spanning from 10-67 years old 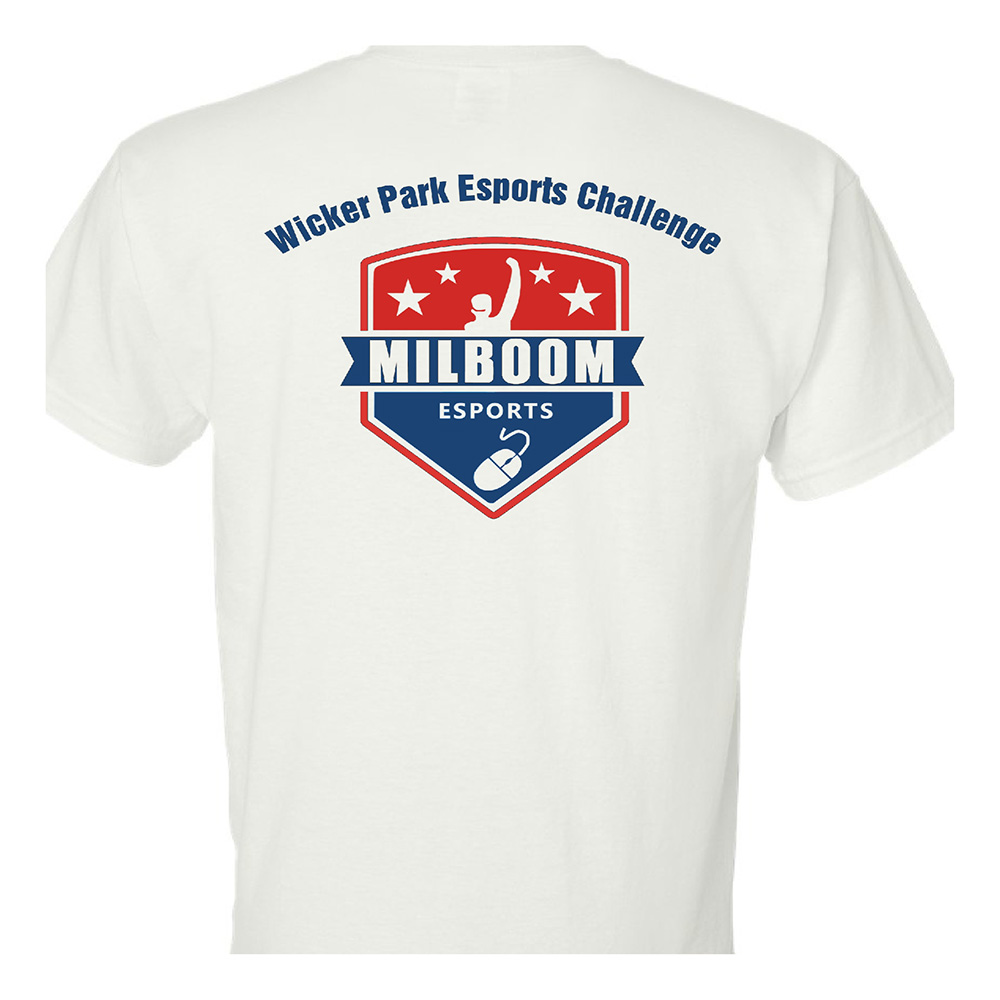 competing. We also had visits from at least 20 elite gamers that came in and dominated that competition from the start and left after a round.

We designed a t-shirt for the festival and included it as an option with other past produced fest t-shirts giving Esports competitors a t-shirt option.

We offered a survey to those participating to learn whether we were on the right track. It was shared our equipment was the best 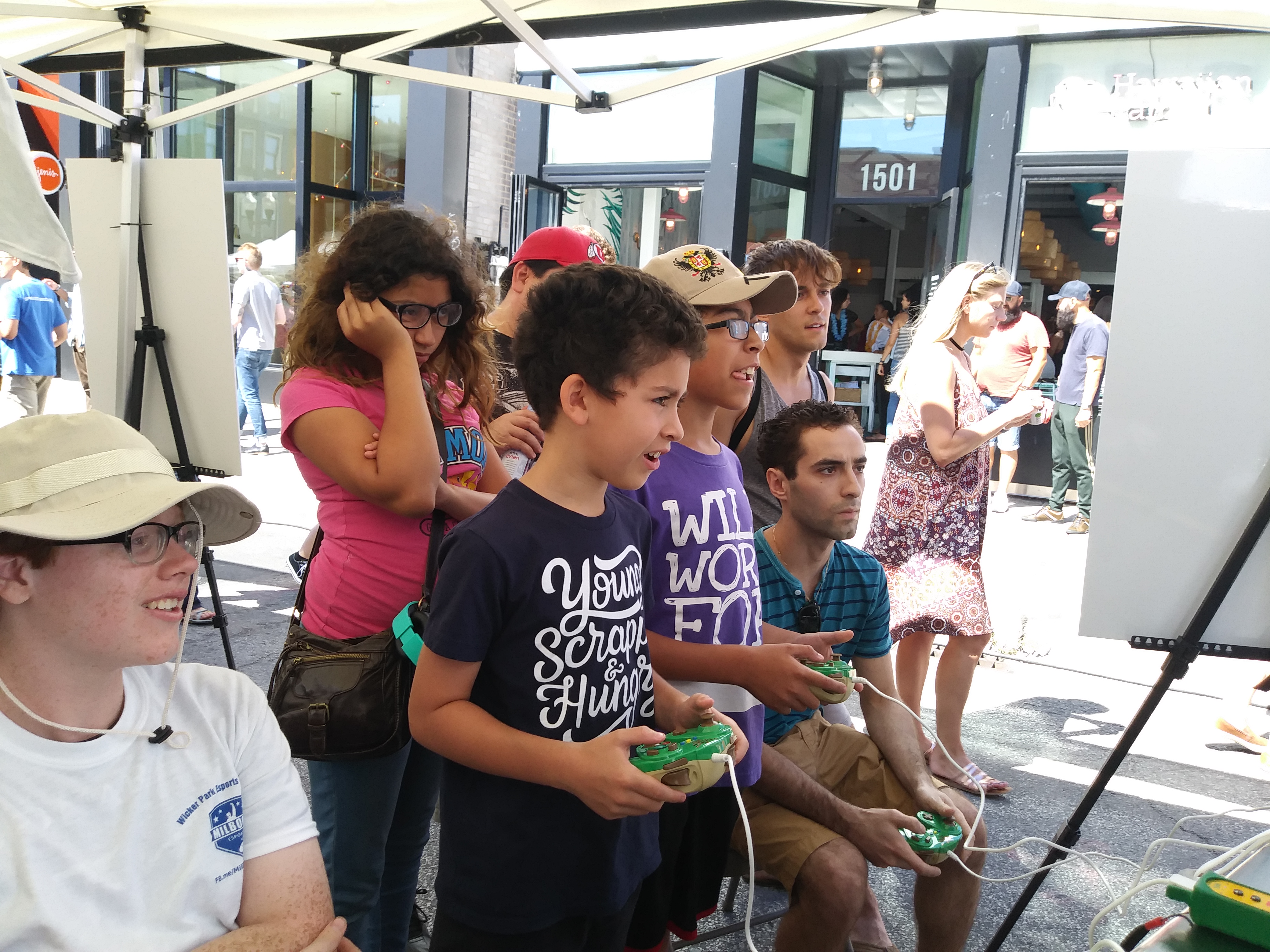 they have used in a competitive setting. We learned each game has their own following similar to basketball or football. Other survey results included:

The event proved to be a worthwhile initial investment and worthy of a brand sponsored strategy in the near future. 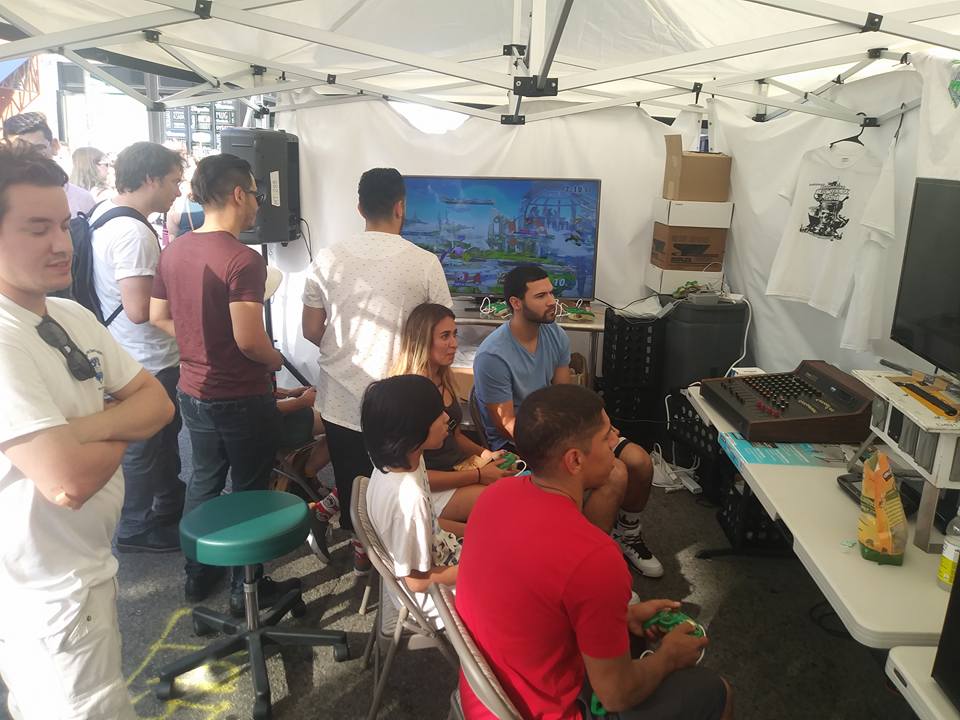 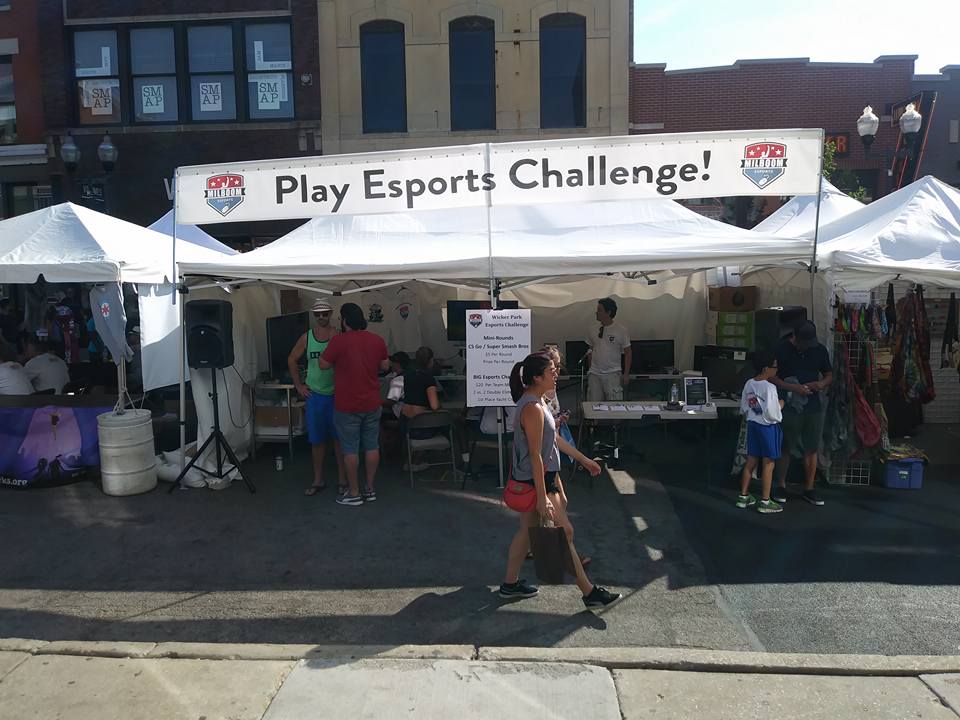